Athens’ 38 percent poverty rate is a result of political decisions, not some natural fact of economics or personal failings. That means it can also be fixed through political decisions–ones that enact a bold restructuring of our society and economy. That’s what Richard Dien Winfield is proposing, and it’s why voting for him in the Democratic primary is the right choice if you aspire to an Athens that doesn’t leave so many of us behind.

The True Right to Work

A federal job guarantee at a fair wage, with equivalent replacement income for those unable to work, is one of only a few policy ideas capable of virtually eradicating poverty in our wealthy society. Not only that: it would provide an income beyond just scraping by, enabling the freedom that comes with real economic security.

In the US, economic injustice is racial injustice. By offering a job paying $20/hour with benefits to anyone who wants one, a federal job guarantee would interrupt the economic exclusion faced by so many Black Athenians experiencing generational poverty and oppressed by systemic racism. It would mean that all the precarious, exploited, low-wage workers of Athens could demand a big raise and better treatment or simply leave to go do useful work of social benefit through the job guarantee. And the replacement income for those unable to work would vastly outpace today’s patchwork system of social assistance.

With support for the federal job guarantee coming in various forms from Senators Bernie Sanders, Kirsten Gillibrand, Cory Booker and Jeff Merkley, the Democratic Party is making moves toward a commitment to transformative change at the scale of the problems we face. It’s not going to happen tomorrow. House district 10 is very difficult for any non-Republican; Trump is president; and plenty of Democrats are still unwilling to challenge an economic system designed for the benefit of the wealthy and large corporations at the expense of the rest of us. But it’s a plan. The horrors of the last couple years have blown the doors off the narrow range of what was considered politically possible, and we need to provide an inspiring politics of uplift or else our country and community will be crafted even more in the image of Trump, the Republican leadership and their wealthy and corporate donors.

In order to win we must propose a future worth getting involved for, despite all the obstacles our society and our lives place in the way of political participation. To make winning worthwhile, we’ve got to have a concrete plan that will enable us to deliver on that future.

A New Social Bill of Rights

Winfield’s proposals for a new social rights agenda do so beyond the job guarantee, as well. He proposes a “Super Medicare for All” health care system that covers everyone living in the United States with no premiums or deductibles and includes vision, dental, mental and the full range of reproductive health services—including abortion—finally establishing health care as a human right in our society. He argues for guaranteed free access to early learning and child care for all, as part of a suite of transformative feminist policies that would work to undo the disproportionate burden of unpaid labor and financial precarity that women face. And he wants to take strong action to fight climate change by building the new green energy infrastructure we need and enacting a carbon fee-and-dividend system to switch away from fossil fuels as quickly as possible.

Richard’s opponent, Chalis Montgomery, also supports several policies that would make very significant improvements in the lives of Athenians, including expanding Medicare to cover all Americans and raising the minimum wage to $15/hour. She would be a valuable addition to the House of Representatives and a likely yes vote on some of the best legislation likely to come forward in the coming years.

The third candidate, Tabitha Johnson-Green, seems to have good intentions and her politics seem generally progressive, but her platform and public positions lack the substance and detail of Winfield’s and Montgomery’s.

We wish Winfield’s bold campaign would push beyond the liberation from economic insecurity toward a society that ultimately begins to separate our value from our wage labor and that it would articulate a more thorough and substantive critique of the U.S. military and foreign policy he would help to guide from Congress.

That said, this election is a rare opportunity to fight for ideas that would fundamentally restructure the systems of economic, racial and gender exclusion that keep Athens so unequal. This isn’t about one candidate, and your vote on May 22 won’t change this town overnight. But it will help to build an alternative that can grow into the new common sense of our society. Once we’ve enacted a federal job guarantee with wages for all types of labor and virtually eliminated economic insecurity, we’ll wonder why we didn’t do it long before, perhaps when FDR proposed it in 1944, when Dr. King did in 1967, when Coretta Scott King made it the cornerstone of the full employment coalition she formed and championed for years or when feminists in the 1970s demanded wages for housework. Let’s continue the unfinished work of these social movements and finally make devastating economic insecurity and poverty a thing of the past.

Just as with our previous victories on Social Security, Medicare and the minimum wage, those on top who want it all will try to take it away from us.

Vote for Richard Winfield and transformative change on May 22. Give Athens a shot at a future without poverty.

Election Day is May 22. Check out our voter guide! 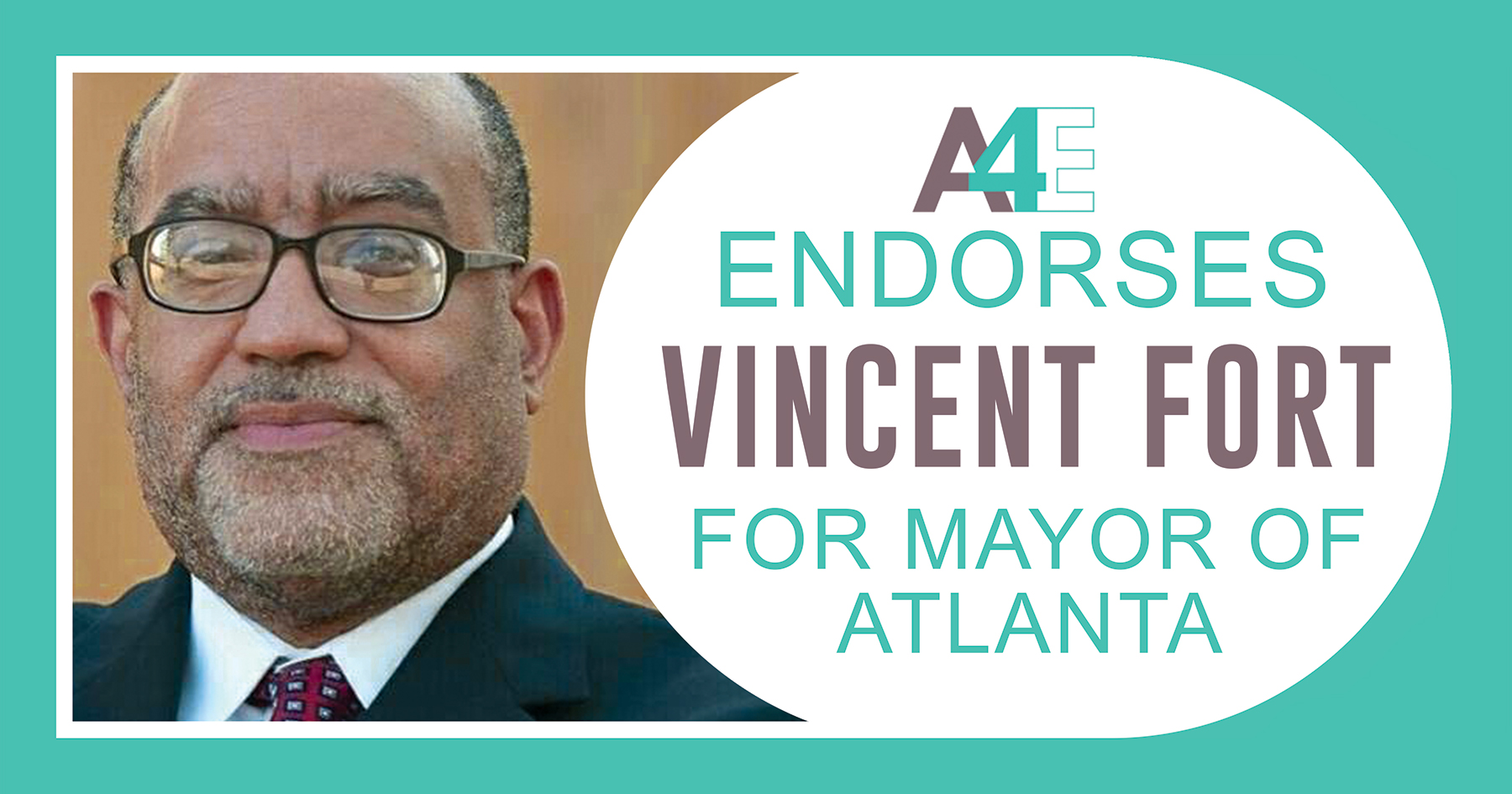 Athens for Everyone is proud to endorse Senator Vincent Fort for Mayor of Atlanta. Senator Fort has shown strong, consistent leadership in […]