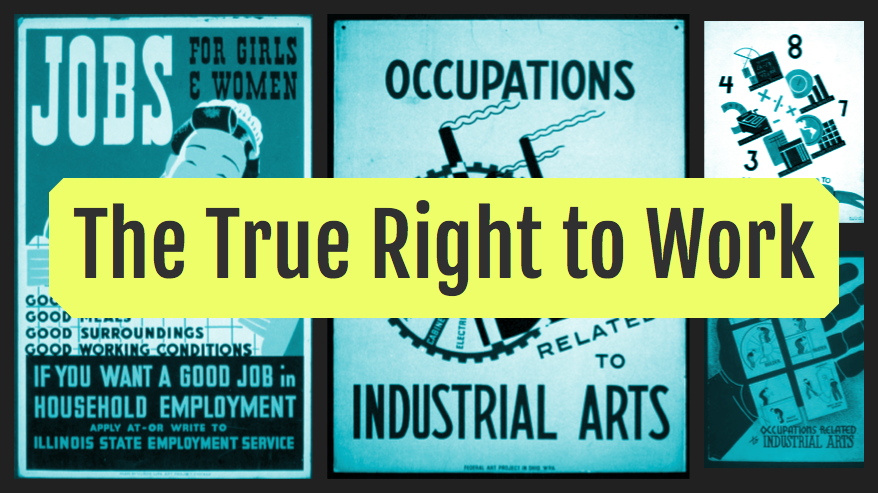 A keystone of any free society is recognition and enforcement of the true right to work, the right to have a job with which one can decently support oneself and one’s dependents. Unless all willing and able adults are guaranteed employment at a living wage, our family, social, and political rights are in jeopardy. Without a means to earn a decent living, individuals can no more fulfill their household duties as spouses and parents, than exercise their economic freedom, or engage in political activity on an even footing with their fellow citizens.

The right to work can only be realized if the public guarantee of employment at a living wage is a permanent fixture of our society.

Markets can never be relied upon to ensure full employment. Competition always has winners and losers and companies must continually develop more efficient production and marketing techniques, as well as new products and services, or face demise. The resulting upheavals in employment will only intensify with the impending expansion of automation from manufacturing to service industries and the replacement of full-time work with freelance temporary and part-time jobs in the exploding gig economy.

Individuals can only be protected from these threats to their economic independence and security if government steps in to provide jobs for any able and willing individual who is under- or unemployed. To ensure that these jobs do not compete with existing employment, they must consist of employment in public works that serve the common good, furnishing products and services that profit-seeking enterprises are unwilling or unable to offer. There is no shortage of work that ought to be done, from renewing and expanding needed infrastructure for a green and wired economy, to building and maintaining affordable housing, to providing public child- and elder-care, to enhancing public education, to extending health and legal services, and to providing arts of all sorts to the public.

The Works Progress Administration, established by FDR during the Great Depression, showed what can be achieved. The WPA put more than 8 million people back to work, producing many of the greatest public infrastructure and cultural endowments from which we still benefit today. Although the WPA was introduced as a temporary emergency measure to cope with our gravest economic calamity, the right to work can only be realized if the public guarantee of employment at a living wage is a permanent fixture of our society. Although it is not sufficient to safeguard all our family and political rights, publically guaranteed employment is a transformative measure that can ground a new birth of freedom, based on genuine economic independence and security.

Imagine what a new world we would inhabit if everyone coming of age would know a meaningful job awaits them. Imagine the confidence we would all enjoy if anyone whose job is downsized or reduced to part-time work can be sure of regaining full-time employment contributing to our common good. Imagine the new security of anyone coming home from military service who now could be certain of transitioning to employment at a living wage. And imagine the game changing situation of anyone coming out of prison with the new surety that one can earn an honest living that serves the public needs that private enterprise fails to satisfy.

Giving full-time jobs to the under- and unemployed will contribute to economic vitality by increasing disposable income, thereby expanding consumer demand and fostering job growth. Economic stagnation will be further combatted by funding the job-creating public works with a highly graduated wealth tax that will draw from the most affluent, who can spend comparatively little of their amassed wealth. Instead of sitting idle, those funds will be turned into the disposable income of employees who will spend much more of their wealth and thereby generate much more economic growth. In these ways, public works will diminish the need for their own expansion.

Astonishingly, not a single elected official or candidate for office has advocated enforcement of the true right to work. Nonetheless, that right is a bedrock of a new social bill of rights that we need to secure our freedoms. Stay tuned for further installments in a path yet to be taken.

Richard Dien Winfield has been writing and teaching philosophy at the University of Georgia since 1982.  His books include Reason and Justice, The Just Economy, The Just Family, Law in Civil Society, The Just State, and Rethinking Capital.  Winfield is exploring running for Congress in Georgia’s 10th District. 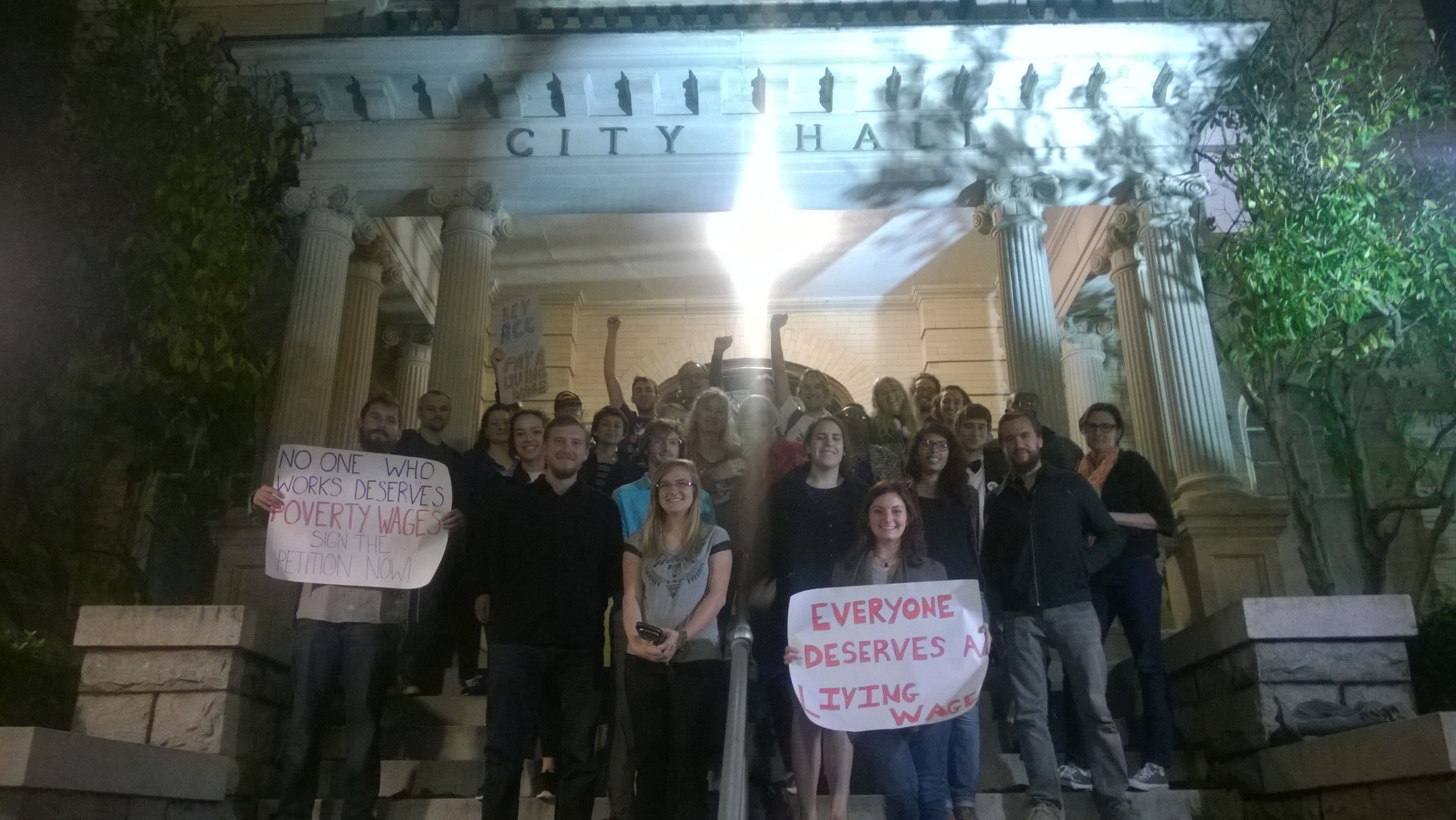 Tuesday night, dozens of Athenians filled City Hall to show their support for a Living Wage to be paid to ALL County […] 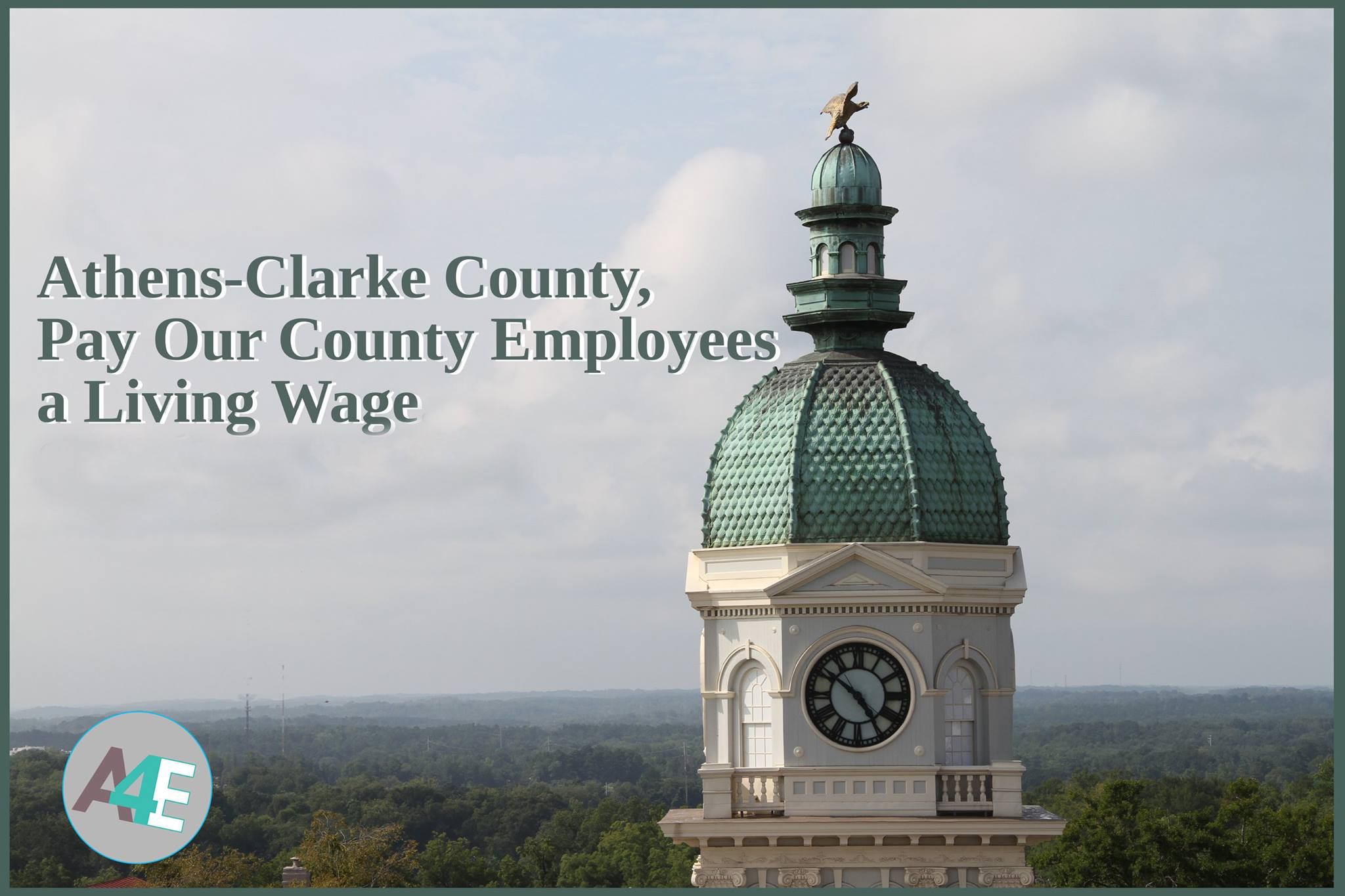 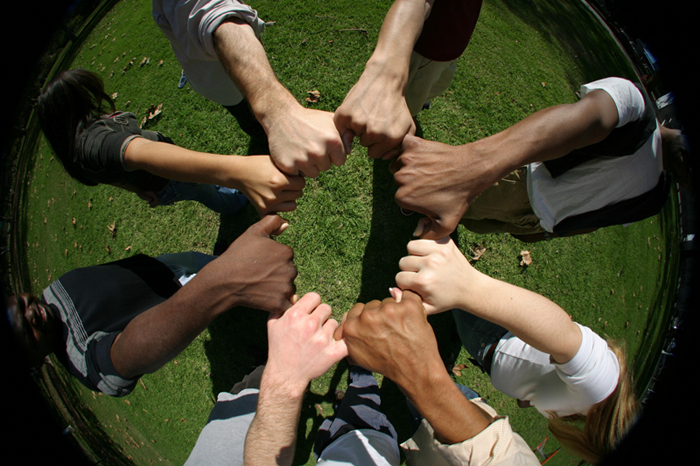