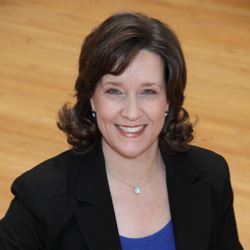 Voted YES on re-zoning Mitchell Street without using the county’s leverage to ask for some affordable units in the new development.

“It’s a little dangerous to start arbitrarily placing numbers on pay, because it diminishes the quality of someone else’s job.  We’d all like to get paid what the President of the United States gets paid, but we don’t have that knowledge, skills and ability and we haven’t paid the dues to get there.”

“Your salary is based on your knowledge, skills and abilities and maybe how long you have been there. [If we fund the living wage] that will mean higher costs. Some of our services will go up in price, including summer programs and water for example.”

“I’m suggesting we consider charging a 25 cent fare so they have some skin in the game.  There is no value in it if they are not invested.”

“If access to transit service is made available equitably throughout ACC.”

“If transit service is available equitably throughout ACC.”

“If bike and pedestrian infrastructure is equitable throughout ACC.”

“Not as long as DEA lists as a Schedule I drug along with heroin and LSD, and CCSD continues to teach kids not to use these drugs.”

“A fee would disproportionately affect the poor and send shoppers elsewhere, and there’s currently a Georgia Bill designed to prohibit bans.”

“Challenging state law would require huge amount of resources that could otherwise be directed toward addressing widespread community issues.”

“State law prohibits. More can be accomplished without the restrictions that would be required of a committee, if established through County.” Q: White people still hold a hugely disproportionate amount of economic and social power in Athens-Clarke County. If elected, what will you do to help fight this structural imbalance, increase the economic security of, and ensure the equal treatment of Athenians of color; especially black Athenians who continue to be most targeted by past and present systems of oppression? A: (click to read)

I will continue to find ways to grow community wealth by supporting investments in our community that not only support workforce development but also bring jobs and tax dollars into Athens-Clarke County. A project currently underway which has my full support and has the ability to begin to address these concerns is the West Broad Initiative. I envision this project to be similar to the Green Opportunities effort in Asheville, which I visited last fall as a guest of the Athens Land Trust. This singular effort could serve as a catalyst to transform the entire West Broad neighborhood; serving not only to empower our citizens, but also beginning to break down the systemic issues that impact our community.

“Helps affordability by keeping people from turning homes into investment properties and charging higher rent. Also affects quality of life.” Q: Rising rents and the proliferation of luxury student apartment complexes has been a major issue in town for the past several years. What will you do to promote affordable housing in Athens for its current residents? A: (click to read)

I will continue to serve on the Georgia Initiative for Community Housing (GICH) committee to which I was appointed by Mayor Denson. We have been working over the past two years to pinpoint and address the affordable and workforce housing issues that exist within our community. Key to our efforts will be identifying a sustainable way to fund the Housing Trust Fund which can help support the housing initiatives we determine to be viable solutions for our community. In fact, on December 5, 2017, I led the effort on a vote, unanimously approved by the full Commission, which directed the proceeds from the sale of the Athens-Clarke County waterworks dam property located off Commerce Road to the Housing Trust Fund.

Q: County Attorney Bill Berryman has recommended inaction on certain issues in order to avoid, in his view, potential conflicts with state law. These issues have included operational funding in TSPLOST, marijuana decriminalization and comprehensive non-discrimination legislation. Citing his interpretations, the Mayor and Commission have elected to take little to no action on these and similar issues. Do you support a different approach, even if it may lead to Athens-Clarke County challenging state law? A: (click to read)
No. Challenging state law would expose our community to litigation that would require a huge amount of financial resources that could otherwise be directed toward addressing widespread community issues such as poverty, workforce development, and affordable housing.

Q: Lack of funding in the CAPS program means that there is an “early learning gap” of over 2,000 children in Athens. There is also a lack of quality rated childcare providers here. Turning this situation around would be quite expensive and difficult, but also extremely important to the lives of many Athenians. Do you support policies that would expand access to childcare subsidies, encourage more childcare providers to become quality rated, and incentivize quality rated providers to accept children receiving subsidies? A: (click to read)
Yes, as long as those families with the greatest need continue to receive sufficient assistance. The West Broad Initiative could also address this need on a local level with local funding. Specifically, the Unified Government could partner with the Clarke County School District to develop an early learning center, perhaps through a future Special Purpose Local Option Sales Tax (SPLOST) project.

Q: The rates of poverty and income inequality in Athens remain extraordinarily high. What will you do to specifically support low-income and low-wealth Athenians? A: (click to read)
I will continue to look for opportunities to grow community wealth, so everyone can be lifted up out of poverty. An example is my work to reestablish commercial air service at the Athens-Ben Epps Airport. The Airport is one of only nine designated commercial airports in Georgia, and therefore, a valuable local government asset. The Airport has the ability not only to provide valuable transportation service to area businesses, industries, and citizens, but also to generate local jobs and potentially millions in revenue for our local economy. Like other counties, our Airport is located in one of the lowest income areas of our community. The jobs and economic activity that a thriving Commercial Service Airport could create are many, including Fixed Base Operators who could provide fueling, aircraft rental and/or maintenance, flight instruction, and other aeronautical services; leasing of additional hangar space; parking attendants; baggage attendants; vendors at the terminal; ticketing agents, etc.

Q: What is your most important policy priority for 2018? A: (click to read)
I have three policy priorities: 1. Finalizing the GICH Initiative, 2. Wrapping up the West Broad Initiative, and 3. Reestablishing commercial air service at the Athens-Ben Epps Airport.