UPDATE (12/5): The vote to designate projects passed 9-1, with Mariah Parker as the lone no vote and Melissa Link voting yes only so she would be qualified to file a motion to reconsider next month with the new commission. You can read a full recap of the December 4 Mayor and Commission meeting here.

The mayor and commission meeting on Tuesday has one of the longest agendas to consider in quite some time. Why? This is the last meeting before the new commission is sworn in.

The lame duck commission is considering all sorts of things for a vote on Tuesday, from a potential ban on Bird scooters to accepting the report from the Mayor’s Task Force on Diversity and Inclusion. We want to highlight one item in particular, and that is the designation of projects to be included in the in the 2020 SPLOST. SPLOST is an extra penny sales tax for use in special projects that wouldn’t otherwise be funded by the county’s budget. Under normal circumstances, SPLOST projects are first considered, debated and finally selected by a citizen’s advisory committee. Of course, this is just advice, and often times the commission will choose not to fund some projects selected by the advisory committee and add a few others to the list.

So, it’s true the commission has done things like this in the past, but what makes it different now is the timing and the amount.

The timing is unusual because the citizen’s advisory committee has not yet even met to discuss the proposals. Presumably, the commission themselves has not even read, much less considered, most of the SPLOST projects that have been submitted. So why are they deciding how to spend the money so early? For the same reason why the agenda is so packed with other items — they lose power in January and want to get as much done as possible before the progressives that you elected last May take their seats.

They don’t want the people deciding what goes into the 2020 SPLOST. They want to make that decision now.

The second thing that makes this unusual is the amount of money we’re talking about. The commission is trying to seize $125 million of the $278 million total budget. That’s almost one-half. Why not find a few other projects and save the advisory committee the trouble of having to meet at all!

This is an undemocratic decision designed to disempower the voters of Athens. They are taking away the advisory committee’s power by making half of their decisions for them. They are taking away the power of the new commission by trying to decide this now in the first place. Most of all, they are disempowering the people and preventing them from deciding how even this small portion of their tax dollars are spent.

Before Tuesday, please leave a comment for the mayor and commission here. Urge them to vote NO on item 29.

Do your part for democracy on Tuesday by voting in the runoff for Secretary of State and Public Service Commission, and by standing up for a democratic SPLOST created by the people!

Whose SPLOST? OUR SPLOST!

Editors’ Note: This story is part one of our series, “Get to Know Your Local Government!” by Avery Murdie. This story provides […] 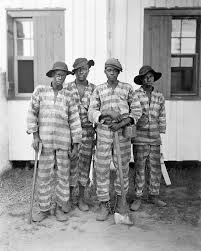 Athens for Everyone opposes the use of unpaid labor by incarcerated workers because we believe all workers deserve a fair wage. The […]

Since taking office a little over two months ago, Commissioner Mariah Parker has already spearheaded her first successful initiative, one that Commissioner-Elect […]