It’s time to remind our legislators we don’t want “religious freedom” to come to Georgia.

With the start of a new legislative session in Georgia on January 6, chances are the push for a “Religious Freedom” bill will return.

Gov. Nathan Deal vetoed such a bill previously, but with a new legislature and a new governor, it’s time to remind our state representatives that we don’t want a religious freedom bill in Georgia. Not only would passing such a bill harm business in our state (as we’ve seen in other states that passed such legislation), but it would also hurt workers who rely on the business a religious freedom bill would drive away. Most important, any bill of this kind would discriminate against our state’s diverse population. Want to learn more about real people who would be hurt by these laws? Georgia Equality has more information.

My name is [NAME], calling from [CITY]. I’m contacting you today because I’m concerned about the renewed effort to pass a ‘religious freedom’ bill in Georgia. Passing this kind of bill would have a negative impact on Georgia’s economy and reputation, but it’s also just plain wrong and discriminatory. I hope you will voice your opposition to any such bill that gets introduced when the 2019 legislative session begins.

TELL THEM: We don’t want “Religious Freedom” in Georgia! 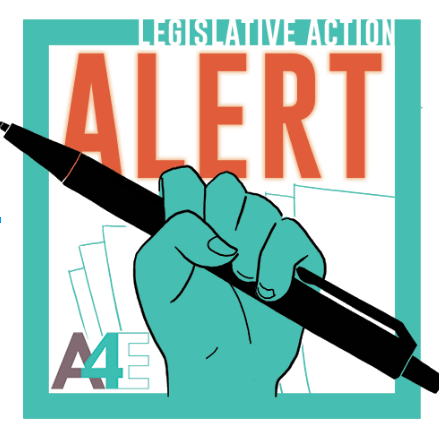 Let’s remind the National Parks Service that the First Amendment exists! The president doesn’t like hearing from the people. He can avoid […]