For years, National EMS (the private, for-profit company that runs ambulance service for Athens-area hospitals) has steadfastly refused to release raw response time data. Now we may know why.

National EMS consistently fails to meet the required response times. Its contract guarantees that the company will meet the national standard of 8 minutes and 59 seconds on 90 percent of 911 calls. But between 2014 and 2017, National EMS only responded to 39 percent of 911 ambulance calls within 9 minutes and only 48.5 percent within 10 minutes. Between 26,235 and 31,055 calls failed to meet the standard set out in the contract, by their accrediting body, and by the National Fire Protection Association (NFPA) 1710. In 2016 and 2017, National EMS answered 90 percent of its calls within 18 minutes (more than double the 8 minute and 59 second standard; see table below).

We obtained the data through an attorney and an Open Records request through the Georgia Department of Public Health. These numbers have been processed according to standards established by the American Institute of Certified Public Accountants. You can see the raw data and other supporting documents here.

National EMS admittedly and systematically abandons state-mandated 911 coverage zones to run more profitable, non-emergency transports. Sam Rafal, coordinator of our EMS response initiative, asked the owner of National EMS, “Can you assure me that if a member of my family has a time sensitive, life-threatening emergency that the 911 ambulance designated to cover our zone will not have been pulled to run a non-emergency transport?” The answer was an emphatic, “No, I will not.” Additionally, when an emergency occurs, callers have to explain their medical or traumatic emergency twice — once to the Athens-Clarke County dispatcher and again when the call is handed off to National EMS. This is confusing, inefficient and extremely dangerous. National EMS refuses to establish a separate division for running 911 calls, choosing to put profit over public safety.

Recently, District 1 commissioner-elect Patrick Davenport had a situation where his mother collapsed and was in excruciating abdominal pain. He called 911. He explained his emergency to the dispatcher. He was put on hold while the call was handed off to National EMS, where he had to explain his emergency again. After waiting over 15 minutes for an ambulance response, he loaded his mother into the car as best he could and drove her to the hospital himself. According to Commissioner Elect Davenport, “I felt like I had done something wrong when I called 911.” He had not. This is just the system we have in Athens-Clarke County, Georgia.

To address long EMS response times, Athens for Everyone demands the following:

1. That the ambulance service in Athens-Clarke County, Georgia, be a public service run through our fire department. If this public safety service remains under (for-profit) private control, we demand the EMS provider run separate 911 and non-emergency transport divisions.

3. That all 911 medical calls be handled through our 911 Athens-Clarke County Dispatch Center.

Percentage of 911 Ambulance Calls Responded to in Under 9 Minutes

**According to the Commission on Accreditation of Ambulance Services and the National Fire Protection Association, ALS (advanced life support) ambulance response should occur within 8 minutes and 59 seconds 90% of the time.

Percentage of 911 Ambulance Calls Responded to in Under 10 Minutes

**According to the Commission on Accreditation of Ambulance Services and the National Fire Protection Association, ALS (advanced life support) ambulance response should occur within 8 minutes and 59 seconds 90 percent of the time.

p.s. Concerned about EMS services in Athens? Let the hospitals know! You can see numbers to call and a script here. 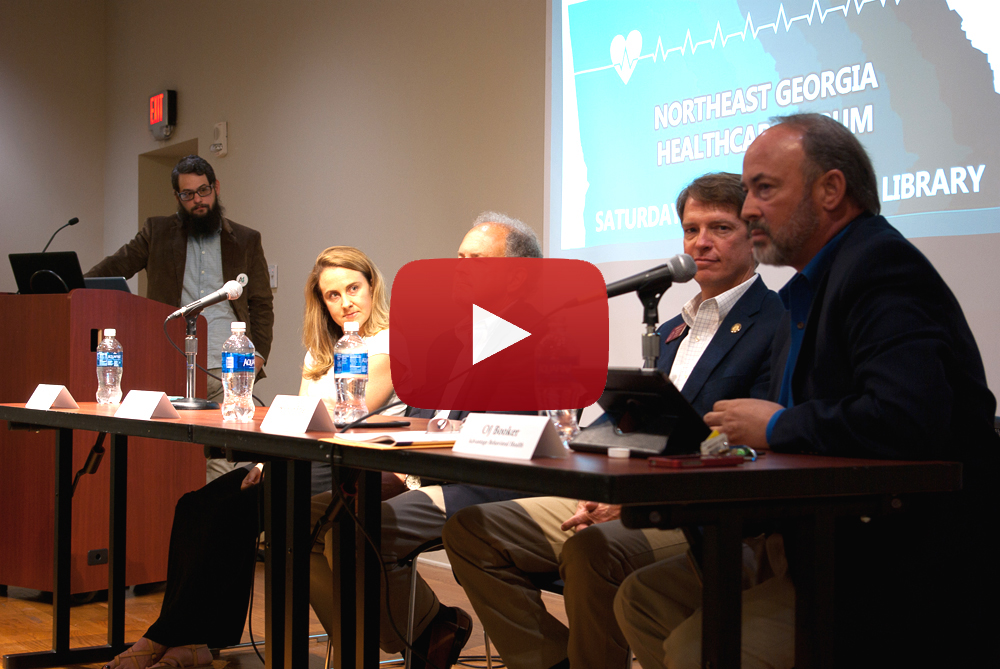 With the failure of Piedmont Healthcare and Blue Cross Blue Shield of Georgia to reach an agreement by March 31, the time […]