Until recently, the only things I knew about Tiny Houses came from occasional internet articles. They really weren’t on my radar, but a few months ago a friend in the Asheville area told me she was thinking about living in one. There’s a Tiny House (TH) community outside Asheville, called “Wildflowers,” which was having an open house, and I decided to go with her.

“Wildflowers” used to be an RV park, owned by the same man who’s now in his 80s. Over the past decade he’s been transitioning into the Tiny House community, and there are dozens of Tiny Houses there now, occupied by people who own their house but pay a fee for the lot.  These lots aren’t huge, but you’re not looking into your next-door neighbor’s window, either. There’s room around the outside for a small garden or a patio, and some people have added decks or screened porches. They’re often custom built for the people who buy them, but many do it themselves and cut down on expenses by doing so. 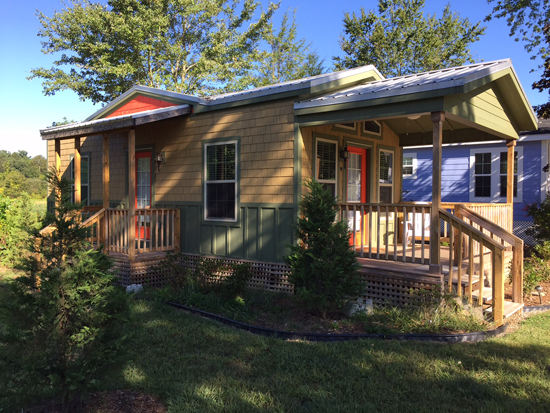 We were invited to tour the interiors of two THs at Wildflowers, one that was a single-level house and furnished and the other which was unfurnished with a ladder leading up to two lofts on either end. Most THs have sleeping lofts, which provide more living space on the ground level. I was surprised that the furnished one felt very spacious to me, with a fairly large bedroom and a nice bathroom. It had everything one could need for a comfortable life. It even had a working fireplace! It was about 400 sq. ft, which is larger than most THs. It was also more expensive (close to $100,000) because it had many high-­end touches, such as a granite kitchen countertop, fireplace (stacked stone border), and an etched glass shower door. ­­­It was gorgeous! 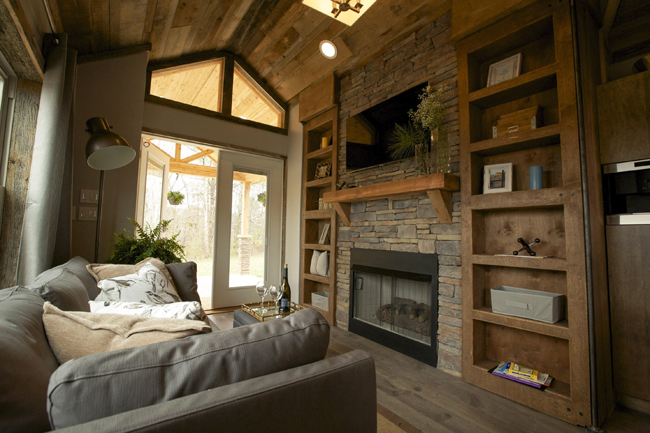 The houses in Wildflowers are all built on foundations, meaning they can’t be moved. A lot of people who like living in a Tiny House also like the idea that they can be built on flat­bed trailers and can be towed by a pickup or similar vehicle. Not too many folks actually do move them around much, but they like the fact that they can relocate if they want.

I started to get more curious about THs, and started thinking about the possibility of living in one myself. The only problem is that I have accumulated a lot of “stuff” over the past 40+ years; there’s no way I could fit it all in a Tiny House, or so I thought. Fortunately, I’m at a point in my life where I’m ready to let go of most of my stuff. Getting rid of all the clutter and simplifying your life certainly has its appeal. I moved three years ago and some of the boxes are still unpacked in the garage; I’m not really sure what’s in them, but I obviously can live without whatever it is.

Another factor that draws people to THs is that they can be built for less than a traditional house. A comfortable Tiny House about 300 sq ft in size could be built for about $30,000. Some people have built them (DIY) using reclaimed materials and whatever free things they could find on Craigslist for as little as $12,000. Imagine not having a monthly rent or mortgage payment, owning your Tiny House free & clear. Some folks take it a step further and go off the grid entirely using solar panels, composting toilets, collecting rain water, etc.  Owning my own house has always been a dream of mine.

Tiny Houses are also beneficial for the environment. They allow us to leave a much smaller carbon footprint, because they take less energy to heat and cool.

Many retirees and/or ‘empty nesters’ realize that a Tiny House will free them from the demands that the upkeep of a larger house requires (in both expenses and time). On the other hand, THs are also a good choice for younger people who are just starting out in the world and don’t have enough money or credit to buy a traditional house. I imagine that with the way our economy has been so unstable for the past decade or so, some people will decide to avoid living beyond their means, using credit cards to acquire ‘things’ they don’t really need.  Fortunately, those things just won’t FIT into a Tiny House.

I’m excited about building and living in a Tiny House. The problem is, Athens-­Clarke County is not excited about allowing them on properties unless that property also has a ‘traditional’ house already there. So, one would have to have a relative or a really good friend, someone who has enough property for your Tiny House to fit and not crowd their own house. This person would also have to allow you to use their water source and electricity. Unfortunately, this kind of situation is rare for most people!

Athens also has a old law that requires houses to be 1,000 sq. ft. or more. This makes the lack of affordable housing here even worse, and no one seems to be addressing this issue. Athens used to have plenty of affordable housing, for buyers and renters, but over the past decade, most of the development has been mega-­sized student housing complexes on every piece of property that becomes available. There doesn’t seem to be ANY development for non-student housing. The people who like living in Athens and have chosen to stay here are being priced ­out of places to live. Some are having to move due to skyrocketing rents.

I’m not suggesting that Tiny Houses should be built everywhere, but I am suggesting that they are a very good option for people who want to live in Athens affordably. There are several locations all around Athens where TH communities could be built, if the current zoning law (minimum of 1,000 sq. ft.) were changed. Student housing is sprawling over all of Athens, crowding out our artists, musicians, and our local small businesses. There is no money left over to spend enjoying Athens, unless something is free. That’s my budget: FREE. It shouldn’t have to be that way, and Tiny Houses CAN be part of the solution to more affordable housing.

Let your Commissioner know that you want him/her to DO something about this problem. Remember, we vote for these people and if they’re not doing the job we want them to do, we can vote them out. First, though, we can call, e-mail, stop them on the street, whatever, and let them know that you are in favor of Tiny Houses! 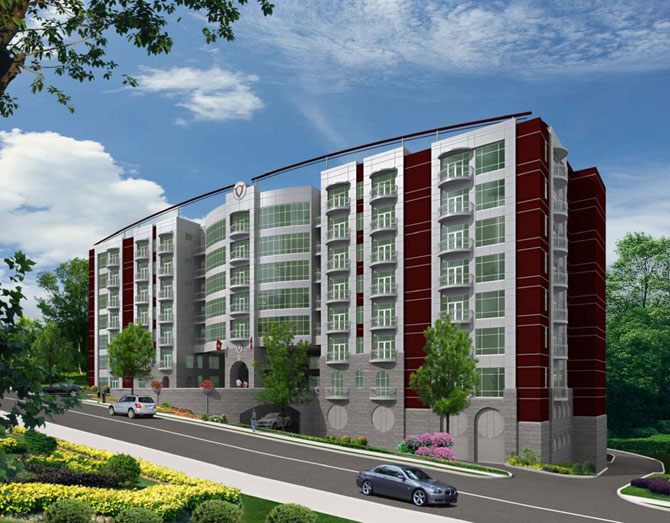 Here they go again. The Mayor and Commission are considering rezoning a property on Mitchell Street, which is situated between downtown and […] 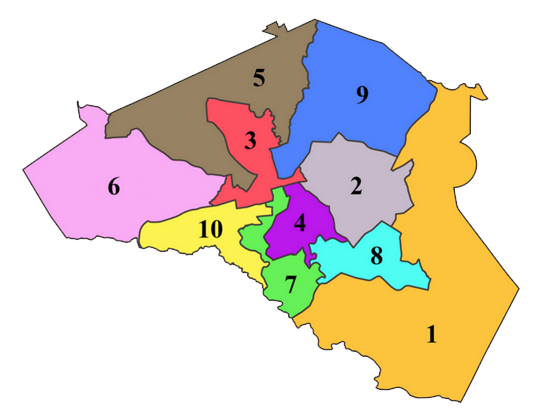