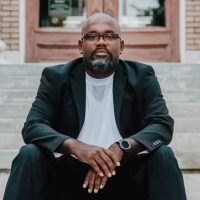 “Obviously, we need to reconfigure our current agreement with National EMS to include stronger provisions concerning responsiveness and transparency. But making it all public would cause other concerns that I’m willing to elaborate on outside of a short answer.”

“I support decriminalizing the possession of small amounts of marijuana. However it’s important to note that the Sheriff does not have control over that decision. That being said, if the Commission made that decision, I would wholeheartedly support it, just like I support their decision to eliminate cash bail for several offenses.”

“I don’t have enough knowledge of the current requirements laid out by the county and state to guarantee that I can eliminate all unpaid prison labor. But I fully intend to eliminate as much of it as possible, and to make wages for the labor more fair.”

A: “This isn’t under the purview of the Sheriff, so I’m not as informed when it comes to housing policy. That said, I support any ideas that the Commission would put forward that would result in more affordable housing specifically for working class families in Athens.”

A: “Again, this isn’t really in my wheelhouse, but I think that mixed-use redevelopment could make certain types of goods and shops more accessible to neighborhoods that don’t have a lot of locally-owned businesses.”

A: “I think that supporting criminal justice reform largely overlaps with supporting racial justice. When we eliminate cash bonds or create alternatives to arrest, that will largely benefit Athens’ communities if color that have suffered under the ‘tough on crime’ mentality that became prominent back in the 90s. By undoing many of the policies that are unjust or disproportionately harmful towards people of color, that advances racial and economic equity and/or justice.”

A: “Support the removal of the cash bond that the Commission has already implemented. We don’t need to compound the issues that someone already faces when they are arrested. Finding alternatives to arrest and jailtime for youth and nonviolent offenders will help too. My opponent has fundraised from bailbondsmen, so he has a vested interest in stifling any of the progress or reforms I’m describing.”

A: “B+. I support the intentions and efforts of the Mayor and Commission to address economic inequality and criminal justice reform. I also like the plan to redevelop Bethel Midtown Village, which was one of my original beats as a patrol officer. However, I would like to see more action to protect local businesses and increase the amount of affordable housing for working families.”

A: “Prioritizing training that addresses conflict deescalation and bias in policing, as well as restructuring several policies that cause low morale and high turnover at the department.”