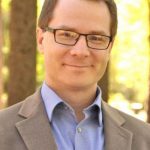 We should end the war on drugs and implement a program of full employment with a living wage. In addition, we should study methods of de-escalation and bias training for law enforcement.

Health care for all as a right.