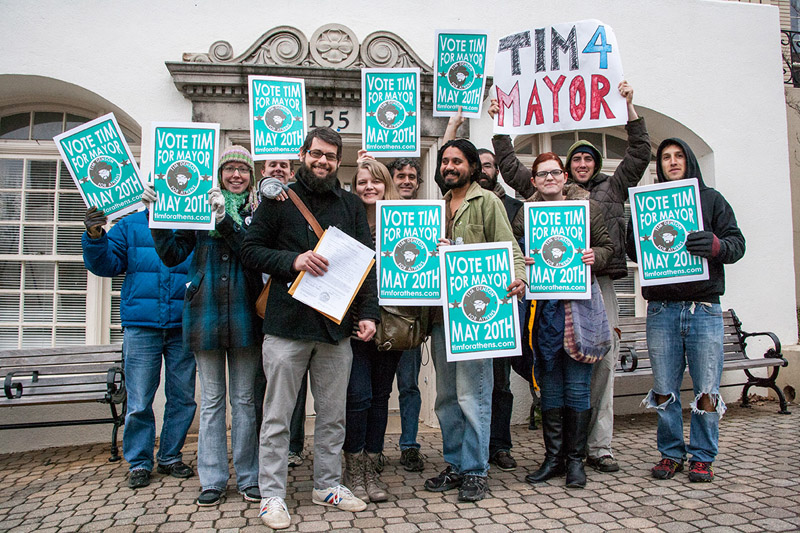 Tim Denson declares his candidacy for mayor of Athens on the steps of City Hall in November of 2013, challenging a conservative incumbent who would have otherwise run unopposed. Tim ran on an ambitious platform including fare-free bus service, guaranteed affordable childcare and cutting the county poverty rate in half by 2025. In the coming months, the Tim for Athens campaign would knock on over 10,000 doors.