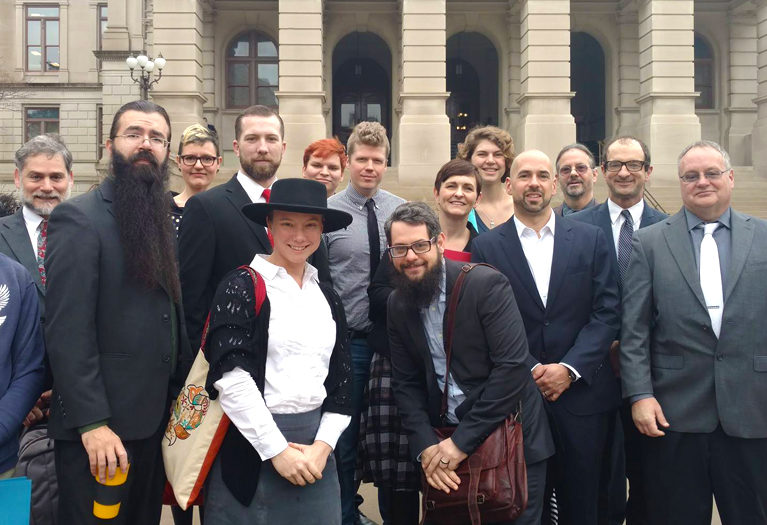 “Previously, citizen lobbying had felt impossible to me; but after making a hundred phone calls and speaking up at rallies and commission meetings, it didn’t seem like such a big deal. I realized that just because people who disagree with me might tell me I am wrong or confused, it doesn’t actually mean I am wrong or confused. I realized I don’t think it’s wrong to irritate people or waste their time when they are actively trying to dismantle or deport everything I love about my country. I realized that whenever I wasn’t busy fighting for what I believed in, I was busy feeling very, very bad.”