We in Athens for Everyone believe in a civil society and a government that works for all of its people, not just the rich and the privileged. Needless to say, we are disheartened and appalled that the first days of the Trump presidency are confirming many of our worst fears. Immigrants from war-torn and impoverished homes, women at home and abroad, native peoples, minority communities, and our environment have all already come under attack via the words and unilateral actions of our new president.

How should we respond? For many, the answer is fight or flight; that is, stand up and act, or tune out and try to forget about our struggle that may seem hopeless at times. We would like to encourage everyone to answer the call of civic responsibility, but that only begs the question: Where do I start? 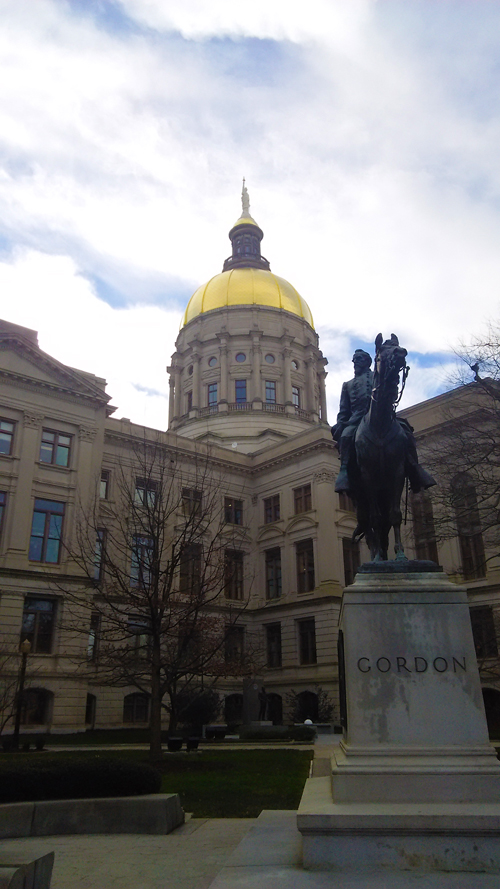 The Athens for Everyone Legislative Action Network (LAN) exists specifically to step in and facilitate your desire to get involved. LAN is a growing body of Athenians just like you, eager for an outlet to make their voices heard; eager to push back against those that would dismantle years of progress won through the courageous movements of our past.

LAN maintains a focus on legislative developments that require our action. We believe that local action maximizes our effectiveness, and so we work primarily on the state and local level. When action is needed, you as a LAN member will receive background information for your review, and clear instructions on how to move forward.

Often the necessary action will take the form of a phone call to your local or state representatives. Sometimes, it will take the form of participating in a social media campaign. On occasion, the action needed will involve joining large demonstrations or groups of concerned citizens at government meetings. In all cases, these will be actions that EVERYONE can take part in to stand up for their core values.

Several months ago, A4E viewed LAN as an important tool for a critical period that lies ahead. That was before the unexpected electoral results in November. It is now abundantly clear that we must stand together to minimize the damage of those results.

Already, with the legislative session barely under way, a bill was proposed in our state government that would have banned Muslim women from wearing burqas and headscarves. Only outcry from constituents led to it being withdrawn.

Just weeks ago, our own State Representative Regina Quick sponsored a bill that would no longer let colleges and universities investigate and take action when sexual assaults are reported. It would limit Title IX protections for victims of sexual assaults, and rid many protections entirely. We must fight back.

Here in Athens, numerous issues on the horizon will need your voice. We must oversee good faith implementation of the Athens Civil Rights Committee. We must organize and ensure that TSPLOST funds make our city safer and more walkable and bikeable. We must step up.

A difficult election season has passed. Our initial dismay at the results have been channeled into organization and demonstration. Look no further than the national response to the Women’s March on Washington, which grew from a single seed of a Facebook post, to see the momentum that is swelling among our ranks.

But we must not falter. We must not fade into the background as the realities of a Republican supermajority and an unqualified president test our resolve.

Athens for Everyone is planning more trips to the state capitol this legislative session — if you’d like to join us, email just at AthensForEveryone@gmail.com!  We will provide training, carpool space or gas money, and even lunch!

Adam Newland is a husband, father, Athenian, high school teacher and coach who wants Athens to be a city known for and […]