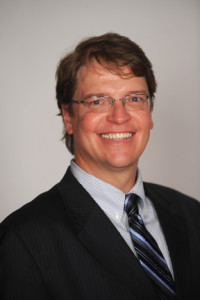 Do you support expanding Medicaid as provided for under the Affordable Care Act?
YES
It’s shameful that Georgia has the 3rd-highest uninsured rate 1 in the country. Expanding Medicaid is critical for supporting Georgians throughout the state.

I voted nay to House Bill 990 which prohibits the Governor from expanding Medicaid without the approval of the state legislature. This bill also places another hurdle between low-income families and much needed health care.

I also voted nay to House Bill 707 which bans any state entity from implementing any part of the Affordable Care Act, including the operation of a Navigator program to help consumers find and understand their new health insurance options under the federal law.

Do you support creating a single-payer, “Medicare-for-All” healthcare system in Georgia if the federal government fails to do so?
YES
It’s a fundamental right and every Georgian deserves the ability to receive care without fearing bankruptcy or the inability to afford medications.

Do you support raising the minimum wage to $15/hour for all workers?
YES
Georgia has the 10th highest poverty rate in the U.S. Hardworking Georgians should not have to struggle to support their family.

I co-sponsored HB 681 would provide changes to minimum wage law and ultimately, raise minimum wage to $9.80 by January 2018.

Do you support repealing the preemption law that prevents Georgia cities from raising their minimum wage locally?
YES
Following the philosophy of local control, we should empower each municipality to make laws which reflect the needs of their unique community.

Do you support creating an Independent Redistricting Committee?
YES
Gerrymandering manipulates election processes and devalues the votes and voices of many Georgians. Let’s re-instill the people’s faith in our electoral system by establishing true represented districts.

I co-sponsored HR 3 and proposed an amendment to the Constitution so as to provide that legislative and congressional reapportionment be done by an independent bipartisan commission instead of the General Assembly.

Do you support allowing nonpartisan localities to decide their own election dates?
YES
As long as we can consistently ensure that it is nonpartisan and that the central goal of the municipalities is to promote voter turnout by planning sensible dates and easily accessible voting stations for all communities.
Do you support establishing Automatic Voter Registration in Georgia?
YES
It decreases the chance of voter registrations being canceled due to data errors and increases the
chance of greater citizen participation in elections.

Do you support a statewide ban or fee on single-use plastic bags?
Did not answer
In 2015, I voted against SB 139 which would have prevented communities statewide from restricting the use of plastic bags.

Do you support marijuana legalization?
Did not answer
I am in favor of decriminalization and allowing it for medical purposes. It can help reduce the amount the state spends on probation supervision costs.

In 2015, I voted in favor of house Bill 1, which aims to legalize medical marijuana in Georgia in favor of expanding access to vital care for children suffering from seizure disorders and other diseases.

Do you support ensuring all women have access to reproductive healthcare including an abortion procedure?
YES
I believe that women deserve the right to both choose what they do with their bodies and to receive easily accessible reproductive health care that supports their choices. Protecting the health of women is a critical component of improving healthcare in Georgia.

I co-sponsored HR 914 concerning reproductive freedom; It would recognize the need for state and federal funds to facilitate a safer environment for mothers and children.

Do you support providing funding to Georgia cities for transit operational costs?
YES

For Georgia to continue to attract prominent businesses like Amazon, Mercedes-Benz, etc. We have to improve our transit funding to promote safety, efficiency, and create jobs in Georgia.

Do you support strengthening Georgia’s legal non-discrimination protections?
YES
Georgians deserve to be able to work and live without fear of discrimination. I believe we need to strengthen our civil protections by working to craft a single, overarching anti-discrimination statute that works for all of Georgia.

Q: White people still hold a hugely disproportionate amount of economic and social power in Georgia. If elected, what will you do to help fight this structural imbalance, increase the economic security of, and ensure the equal treatment of Georgians of color; especially black Georgians who continue to be most targeted by past and present systems of oppression? A: (click to read)
I have two young kids, and like every parent, I want the best for them and want to see them grow up in a state where each citizen is treated equally. African Americans have been short-changed when it comes to accessibility to opportunities in building and maintaining wealth. This racial wealth gap is unethical and immoral, and the issue is ever-so pressing at this point in time. We must finish what we started in our fight for civil rights and liberties for all. I’d like to work on this issue by increasing the minimum wage to a living wage, providing better access to secondary educational opportunities, providing access to investment capital for minorities, and increasing Disadvantaged Business Enterprise contracts within the state. As part of the 2015 Transportation Funding Act, I was able to negotiate a DBE set aside with GDOT which has resulted into millions in state contracts to minority and women owned businesses.

Q: What is your most important policy priority for 2018? A: (click to read)
Current state law allows for insurance companies to discriminate against sexual assault victims. I am filing legislation written to work towards ending this unjust discrimination and preventing insurance companies from increasing their rates or dropping coverage for victims of sexual assault.
Q: Is there anything you’d like to clarify or anything else you need to say? A: (click to read)
I appreciate the opportunity to serve the people in the 118th and Athens. Thank you for your never ending support for the rights and liberties of our citizens. Together we will continue to work to achieve racial, financial and social justice for all Georgians.