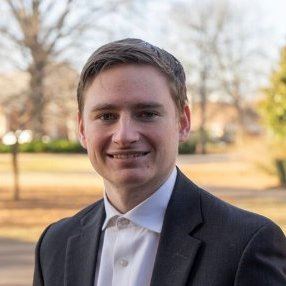 “I support any package looking to reduce Athens’ extremely high poverty rate. Athens’ issue with poverty is a complex one and the commission needs to consider other options such as free public transportation and affordable housing provisions.”

“Athens should follow the example of cities across the country in passing real decriminalization ordinances reducing marijuana-related arrests to a civil offense and a fine. These arrests disproportionately affect the poor and people of color, which is atrocious. Of course, I believe marijuana should be legalized nationally as soon as possible. In the meantime, I will work to lessen the impact of these outdated laws on the city level.”

“I am an ardent supporter of unions and workers’ rights, particularly those of low-income workers. I would also like to see increased access to job training and educational opportunities for low-wage workers.”

“I support all organizations working to help undocumented immigrants as well as clear paths to citizenship.”

“I fully support a community police advisory board. I would like the board’s jurisdiction to include any complaint filed against the police rather than just focusing on serious cases. Furthermore, I would advocate for funding for police training programs such as implicit bias training.”

“Prisoners deserve compensation for their work. Unpaid prison labor follows in the legacy of slavery, especially considering the average prison population is predominantly people of color. The program of unpaid labor has been taken from its intention as a form of rehabilitation and turned into an entire industry that needs to be curtailed.”

A: “I believe Athens has reached its limit on large student apartment complex developers and should transition future projects to more local developers who understand Athens’ poverty situation. Developments that focus on low-income citizens should be a priority for the commission moving forward such as affordable housing projects. Community benefits programs need to be an essential part of future development agreements.”

A: “Affordable housing is one of my core issues on the road to reduce poverty in Athens. Foremost, any future developments, including mixed-use development, that includes housing projects must include inclusionary zoning to ensure a portion of the development is affordable housing. I will also advocate for Athens to adopt a tenant’s bill of rights protecting the rights of tenants and reducing rent hikes. The commission must also ensure new developments do not lead to the gentrification of Athens and the displacement of its citizens.”

A: “I will support programs such as the current Linnentown Project resolution. Fighting poverty in Athens, which disproportionately affects Athenians of color, is my main prerogative. Affordable housing provisions, labor empowerment, tenants’ rights, political education, and marijuana decriminalization are all a must.”

A: “Poverty is an issue that cannot be tackled in one single way. Multiple solutions will be needed. I would advocate for fare-free public transportation for all Athens residents, providing ease of access to essential resources such as groceries, work, childcare facilities, etc. I would also like to expand programs that benefit low-income workers such as better job training/development and affordable childcare programs. Affordable housing is another essential issue that is lacking in Athens and I will look to ensure any new housing developments include inclusionary zoning. I will also propose and support a tenants’ bill of rights for the city of Athens. Finally, I will propose the creation of a community-led Poverty reduction committee or board that will look to find solutions for the issue within the community.”

A: “B- The mayor and the commission have taken steps in the right direction on issues such as committing to renewable energy and the prosperity package. But I have found their commitment to affordable housing and services, as well as the rights of tenants, low-income workers and people of color completely lacking.”

A: My foremost priority will be addressing poverty in Athens. I would propose the establishment of a community-led Poverty Reduction Committee dedicated to solving this complex issue, but in the meantime, I would work to ease the impact on low-income Athenians by proposing fare-free public transportation, a tenants bill of rights and inclusionary zoning.”