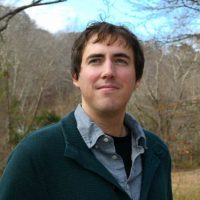 “I was encouraged by the initial Prosperity Package proposal and disappointed by the lack of followthrough thereafter. We can look to leaders like Wes Bellamy who inspired this package, and ideas that have worked elsewhere to take immediate action by funding a few programs to start. I also think a portion of the budget should be earmarked for ongoing evaluation so we can assess the effectiveness of those programs and evolve funding and programming as necessary.”

“It would make the whole system more efficient and transparent, saving money and saving lives. National EMS has betrayed their agreement with ACC too many times, as they have in other communities, while operating behind closed doors. With that in mind, we also need more transparent and effective oversight of our emergency services. This is something my opponent has failed to accomplish while serving on the oversight committee, and which I am committed to changing. “

“Marijuana is the most obvious and overdue thing to tackle first, and it should be a first step toward more comprehensive reforms. Decriminalization provides an alternative to prison system pipelines that target people of color in a hugely disproportionate fashion, ruining people’s lives for nonviolent personal choices and struggles. We should decriminalize possession of substances, sex work, and other nonviolent activities. Locking people in cages isn’t doing anyone any good.”

“I support unions and worker-owned cooperatives and want a robust infrastructure for workers to understand, exercise, and expand their rights. That may take the form of establishing centers, or subsidizing space for use by other organizations doing labor organizing work. I mayor and commission can expand workers’ rights and education programs, while funding legal advisors freely available to the public. I suspect labor unions would be best suited for running a center.”

“I am proud to have stood alongside DIA and AIRC in countless marches, demonstrations, and advocacy efforts and will continue to stand with them against ICE, the Board of Regents, and any other institution that seeks to marginalize and dehumanize people through racist and violent policies. Migration is beautiful. No human is illegal. In my view, anyone in local government has a duty to support the dignity and security of everyone who resides here.”

“Absolutely. As one of many community advisory boards, and as one of many transformative policies for rethinking what policing is and should be. I’d actually prefer to call the Accountability Boards, as I believe the community members who serve on such boards should have decision-making power and not merely be restricted to an “advisory” capacity. Meanwhile, we need to drastically rethink policing so people aren’t being shot in the first place.”

“Hands down. It is a disgusting practice and perhaps the most blatant present-day example of the legacy of slavery. All work deserves a living wage, and no one should be locked in a cage. To participate in a system that locks people in cages only to let them out if they perform manual labor for free is horrific. Meanwhile, the county budgets these folks’ labor at a value of $18/hour which reveals something about the amount county workers should be paid for the job.”

A: “We need to hold racial, economic and environmental justice at the center of all policy making if we want to make an Athens that works for everyone on a planet that our children may thrive in. My understanding is we’ll need to negotiate Community Benefits Agreements on an ad hoc basis (due to state laws restricting a blanket policy) and I imagine such agreements could be guided by resolutions that spell out our values and priorities regarding housing and development. Meanwhile, we should pass regulations that restrict the size and nature of new developments, which will force more developers to have to come to the table for negotiations in the first place instead of being able to build-by-right which is how we’ve seen so many monstrosities move into Athens recently. While state law prohibits ACC from enacting some of the best policies we’ve seen work elsewhere, we can assert equity and sustainability in every negotiation, by scrutinizing new developments and not buying into the myths of trickle down economics.”

A: “We can enact a Tenants’ Bill of Rights that gives renters more rights and recourse to ensure their housing is decent. We can aggressively negotiate Community Benefits Agreements to compel just investment from private developers when the come to the table for approval of plans and we can establish stricter regulations (e.g. square footage limits, building height limits, or other such limits) which would bring more developers to the table in the first place. Once at the table, we can require that affordable units be a part of any new, large scale development. We can also abolish the discriminatory and legally unsound single family ordinance which will protect low income renters and homeowners who need to share their living space in order to pay the bills. Meanwhile, economic development programs should be aimed specifically at breaking the cycle of poverty and investing in living wage, worker-empowered workplaces so that more people can afford better housing. When incomes go up, more becomes affordable.”

A: “The first thing we need to do is acknowledge, explicitly, the present-day reality of racism in our culture and its institutions (including local government) while telling the story, honestly and fully, about the history of white supremacy that our present-day reality is tied to. Then we must establish substantive programs and redistribute resources to provide restitution for harm done. We may, in short, sum this work up as Recognition and Redress. I believe this redress of the legacy of slavery, Jim Crow, and indigenous removal is done through public advocacy and taking action on projects led by those directly affected. The Linnentown Project is a great example of this work locally, Southerners on New Ground (SONG) is an inspiration regionally, and the Movement for Black Lives (M4BL) platform is a wonderful example of ideas to draw from more broadly. Finally, as we think about economic transformation, I believe we must transform our public safety departments as well, and rethink policing as social work, disengaging Athens from the prison system pipeline.”

A: “I would refer readers to my platform which, rather extensively, lists a whole array of policies and priorities centered on tackling this issue. To avoid repeating examples in earlier questions, I’d like to highlight here what I believe a Green New Deal looks like in Athens. The reality of climate change is dire and the scale of change needed to save our species and planetary ecosystem exceeds the scope of a local government. However, our local government can align its policies and activities with those large scale programs and I believe a Green New Deal is the best example of a plan for our society. Regardless of how federal elections go in November, Athens can pay living wage jobs to folks building infrastructure and operating services that are sustainable and improve quality of life. That means renewable energy infrastructure and sustainable weatherization of new developments, alternative transportation infrastructure, and strong ecological preservation policies. The 100% Clean and Renewable Energy Resolution in 2019 is a fantastic start, and it will require strong political will to see that resolution turned into action with funding and policy with teeth. Meanwhile, we need to go further with fare-free transit that services more places across the whole county more frequently and later into the night and sustainable infrastructure incentives for private developers. All of these things bring about living wage jobs for Athenians building, operating and maintaining that infrastructure.”

A: “I’d give them a C+. A bit better than average. Perhaps way above average for Georgia, or for Athens historically. But this city maintains a reputation for being progressive without any political or economic reality to back it up. We should be a leader for visionary progressive change and instead we’re still playing catchup, not just compared to the nation, but compared to other cities in Georgia and around the South. I had high hopes after the 2018 election that we might see more swift and sweeping change than we’ve gotten in 2019. I understand that work takes time, resources are limited, and there is a large learning curve. It’s with that in mind that I humbly anticipate I too will disappoint many but not accomplishing more as swiftly as I like and as immediately as we need. And there have been some encouraging resolutions and policies passed, for immigrants rights, for the prosperity package, for 100% clean and renewable energy, and so forth. But the Taylor Saulters settlement was a shame. Marijuana should already be decriminalized and the single family ordinance should already be abolished. ACC still uses unpaid inmate labor which is appalling. The SPLOST project list, most notably the Classic Center, was a failed opportunity to put millions of dollars where they could’ve been better spent to break the cycle of poverty instead of buying into myths about job creation and the Classic Center’s revenue “trickling down”. The response from many in City Hall to the Linnentown Project has been disappointing and frustrating, especially when the most common reasoning seems to stem from a reluctance to stand up to oppressive institutions like UGA because of their size. But our supposed ‘relationship’ with University System of GA is one of an abusive nature. And following in the footsteps of other communities with low-hanging fruit like marijuana decriminalization should be a given, not a battle. We need vision for change and the courage to bring it about. Most fundamentally, our government needs to do more getting out of city hall and into the public. I commend Commissioner Denson for holding regular town halls and believe everyone in public office should be doing such things regularly. If commissioners share power inside and outside of city hall, we can embody bold leadership together, as a community, and redefine what’s possible so Athens is a place where everyone thrives and others may finally look to us for inspiration.”