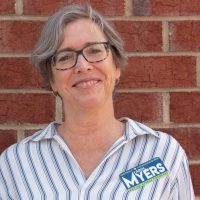 “Yes, I commend the commissioners for taking on a difficult and complex problem. Right now, the commission has funded 16 Neighborhood Leader positions to help people connect to resources that will help with job training, childcare, food, health care, and employment sources. During my career at Athens Tech, I saw everyday the struggles of those living in poverty. I am supportive of sustaining the prosperity package in future years.”

“I support the platform of local community activists focused on EMS 911 reforms. 1.Implement the police department recommendation to take over all 911 dispatching and use Emergency Medical Dispatching protocols. 2. Keep 911 ambulances in their state-mandated coverage zones and stop using them to transport stable patients home from the hospital. 3. Make the 911 system Oversight Committee Meetings open to the public.. 4. Upgrade our first fire department from Basic EMT to Paramedic.”

“We need for sensible,equitable drug laws.. According to Reform Georgia, black Georgians are 3.7 times more likely to be arrested for pot than white Georgians even though both groups use marijuana at equal rates. Also, 70% of those incarcerated for marijuana have children. Thus, we have laws in place that hurt families for an offense that is legal in other states. Eleven cities and counties in Georgia that have decriminalized marijuana so decriminalizing is a no-brainer for a town like Athens.”

“I support workers’ centers that empower and educate workers to advocate for themselves legally and politically. I need to learn more about the role a local government could take in organizing and funding such an endeavor. I would also be interested in exploring possibilities for a community agency to take advantage of HUD Community Development Block Grant funds to develop a workers’ center. I am the daughter of two union members and am a member of the local United Campus Workers of Georgia.”

“The work of DIA and AIRC is essential. During my years at Athens Tech, I had many students in my classes who undocumented but had spent the majority of their lives in Athens. As a community, we profit from the work of our undocumented workers. It would be hypocritical of us to take advantage of their labor without recognizing their human dignity and helping them navigate the extra burdens they carry in their day-to-day lives because of their undocumented status.”

“All labor should be compensated fairly. Paid work and job training opportunities, yes. Unpaid labor, no. While on 2005 SPLOST Citizen Committee, I toured of our jail, one of the most profound experiences I’ve had. The inmates were not scary. They looked bored. I thought, ‘What a waste.’ We need to treat our jail population with as much dignity as possible. Paying them for labor helps their families and helps pay for the high-priced phone calls that keep them in touch with their loved ones.”

A: “First, if under existing codes and policies, a developer is asking for a re-zone or for a “planned development” designation, then ACC should be very clear in expecting that the developer show how the project will benefit both the surrounding neighborhoods and the community as a whole. Our codes and policies are intended to protect public priorities, and ACC planners and commissioners ought to defend these priorities. But he tools ACC has available now to protect public priorities are limited, and I support exploring ways to strengthen them. This includes developing a community benefits program that would–in exchange for any public subsidies or zoning variance get developers to provide benefits to the community such as job guarantees, environmental protections, neighborhood amenities, or street improvements. I’m also very excited that ACC is pursuing the creation of an inclusionary zoning ordinance, which would require developments of a certain size to build or finance affordable housing units. In Athens, we need to do a better job of enlisting our zoning and planning codes and policies in the effort to create a more affordable, equitable and healthy city.”

A: “Over the coming decade, Athens needs to continue investing ACC funds and SPLOST funds in building housing that’s affordable both to middle and low income people. But we also need to consider making changes to our zoning and building codes to allow for granny-flats, tiny houses, houses on smaller lot sizes. I’d like to explore ways to speed the conversion of vacant parcels into buildable lots.

Mixed-use developments in the right places at the right scale and supported with access to transit and connected sidewalks and bike lanes are a good way for Athens to grow. Such developments are environmentally sound, and–if done right with affordable units being a priority–can make Athens a more affordable place for everyone to live and work.”

A: “We need to start, I think, by honestly confronting the racial inequalities that have created–and continue to enforce–so much poverty among African-Americans here in Athens and everywhere in America. We need to acknowledge locally our participation in this racism with public statements and enduring memorials. That’s why, as one example of what we need to do, I support the Linnentown Project, and endorse the resolution that Linnentown residents are asking for the Mayor and Commission to pass.

Recognition of past and present wrongs is vitally important, but we must also follow-through with policies and programs that aim to redress injustices and level the playing field now. I’ve mentioned many of the policies that I think we need to implement at the local level to fight poverty and restore balance. These include making housing affordable, expanding low-cost or free transit, getting the county to contract with more minority businesses, reforming our criminal justice system to end the school to prison pipeline; pursuing the low-income homestead exemption, and creating a home repairs fund for low-income homeowners, among other policies. But as a commissioner, I’ll also advocate for the state and federal governments to play a larger role in combating poverty and injustice.”

A: “In addition to some of the initiatives already referred to, I would work to implement a living wage minimum wage starting with UGACC employees, including part-time and contracted employees. Right now the unemployment rate is very low, which means a good bit of our poverty has to do with wages. The mayor and commissioners are presently working with the Classic Center to guarantee a living wage for all of its employees and for those hired with the new arena being built. We need to lobby for our workers when courting new businesses to Athens. We need to also support small businesses as they get started. Also, having a job requires getting to a job, so I will work to expand our transit system where needed and increase its service and to implement free transit with as many Athenians as possible. Athens Technical College is a readily available source of excellent job training for Athenians. I would like to work through our prosperity package initiatives as well as others to get more Athenians to successfully take advantage of the programs available there. Right now UGA students have free transportation while Athens Tech students do not. Students lack reliable child care. They need better support for navigating the financial aid options and the program choices as well as academic tutoring. Poverty is complex, and fighting poverty is just as complex. But that doesn’t mean we shouldn’t try our best as a community to figure out responses to our number one problem.”

A: “B+ I am not sure that the mayor and commission will ever get an A but this commission is the best, most effective I’ve observed and worked with. During the last several years, I have attended many mayor and commission meetings as I have advocated specifically for two issues: a comprehensive bike and pedestrian master plan and a 100% Athens Renewable Energy resolution as well as SPLOST/TSPLOST funding for both those initiatives. I have met individually with many commissioners and the mayor to educate them on both issues and the importance of equity as it relates to both. And they have responded positively. Walking and biking are not luxuries for the many Athenians that do not have a car and who live in poverty; thus, sidewalk and bike projects in the Athens in Motion plan have received more priority points if they serve our low-income neighborhoods. In addition, the 100% Resolution was passed unanimously by the mayor and commission. My motivation to work on this effort comes from my desire to “think globally, active locally” on climate change, but I also realize that the low-income Athenians are the most energy burdened in terms of utility costs. Therefore, I advocated with the rest of the 100% Athens team to make sure that all efforts in the transformation of Athens to 100% renewable energy ”work in a manner to redress historical inequities in our community by prioritizing resources to train and hire people from within marginalized communities to participate in the energy efficiency and renewable energy workforce, and by facilitating energy efficiency upgrades, opportunities for clean transportation, and renewable energy installations in low-income communities.”

Currently, the commission does not have a member who focuses on broad transportation issues and the environment like I have, though most commissioners, if not all, share my concerns and support initiatives in these areas. I am hoping that my contributions as commissioners will make the present city government leadership even stronger.”

A: “I am still in the process of determining my most important policy priority. During my campaign, I hope to talk with as many of the residents of District 8 as possible. I want to be a commissioner who listens and develops priorities based on what I learn from Athenians. That being said, I do have policies that I will advocate for including an updated Complete Streets policy to make our roads safer for all users as part of the Athens in Motion Bike Pedestrian master plan. In fact, I want to be the commissioner behind the rails reminding my fellow commissioners and the mayor of their commitment to our bike pedestrian master plan and the 100% renewable energy initiative, including both initiatives’ commitment to equity. In the last week, I have stood up before the mayor and commissioners advocating to include wording our agreements with the Classic Center in the building of a new arena to make sure that structure is as net-zero in construction as possible, and they have responded positively delaying the vote on that agreement until the wording can be adjusted. All new buildings need to be built as energy efficiently as possible and then powered through renewable energy. I plan to be advocating for the same thing with the redevelopment of Bethel Homes so that residences are as energy efficient with low utility bills as possible. We need to help the “energy burdened” in our community with our commitment to 100% Clean and Renewable Energy Resolution. In my role as chair of the Athens in Motion commission, I have publicly stated the importance of our equity criteria for choosing which sidewalk and bike projects to build first. I am committed to our building bike, sidewalk, and road projects where the greatest need is and not necessarily where the loudest voice is.”