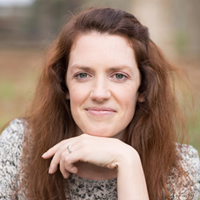 “Absolutely, though I am very concerned that this money will be wasted on “charity” instead of meaningful political solutions.”

“I won’t oppose it but To be honest I am not a fan of substance use, I would much rather efforts go to ending cash bail, creating working center and labor movement.”

“Though, I want to expand this to talk about pipelines to jobs after people get out. It is incomplete to pay them while in prison but then not allow them to get those same jobs when they get out.”

A: “I think that the ACC government has a responsibility to ensure that good jobs, contracts, and money is re-distributed to the black community specifically to redress the history of white terrorism that lock them in poverty. Thus Community Benefits Agreements need to be in place to ensure that 30 percent of contracts go to black Athenians pockets. That means when schools are built, when high rises are constructed, when the classic center awards contracts, when the city awards contracts that they are intentionally and consistently fighting to keep money in black Athenians pockets. Everything from tow trucks, mechanics, landscaping, construction, catering, hair cuts, and tutoring needs to be black owned companies, or companies that hire 30% black workers from Athens to do the job.”

A: “I am still working out my stance on housing. So far this is where I am at. Yes we need to secure housing. I support a tenants union to force landlords to do right by their residents. I support the city code enforcement department getting serious about monitoring landlords who abuse and exploit tenants. I think we need neighborhood alliances that protect black neighborhoods from gentrification and a mayor and commission that implements aggressive measures to secure against exploiting black home owners. I also however can not separate housing from jobs. We have to get serious about securing jobs at good wages and working conditions or it doesn’t matter how cheap we make the housing. I honestly think housing initiatives have to be in tandem with labor initiatives or else they have no teeth.”

A: “This is one of the main tenets of my campaign. To extend political and economic power to those most locked out. That means black Athenians, inmates, and those in poverty in our community (who are disproportionately black). I will use my platform to speak truth to white communities about the history of white terrorism and white supremacy in our community and I will center black community voices the same way I did with centering inmate voices for a panel about inmates. Every issue that effects black communities will be centered and voices in those communities will be given a platform to speak to those in power, myself and other elected officials. My campaign is not about me, it is about creating an ethical Athens, a Just community that treats every member as a valued productive member of the whole, it is about growing power by sharing power, growing wealth by sharing wealth.”

A: “A workers movement. I will fight to get a workers center in Athens. We need a labor movement that secures good jobs and working conditions for Athenians and redistributes our massive 8.5 billion dollar GDP into working families pockets. Dr. King had it right when he said Jobs=Freedom. Good jobs are at the center of eradicating poverty. We need an aggressive economic politic that secures against inequality an exploitation. The center of exploitation has always been labor exploitation and the solutions for that are political. We need to support federal candidates who advocate for a federal job guarantee so that black workers are secured a decent income and protected against exploitation.

We also need massive criminal justice reform. For me that starts with making candidates go to our jail to have forums and debates that treat inmates like the humans they are. They are part of the polity and in matters of governance they must be treated like any other voters. They should not be disenfranchized from their vote any more than we would annul their marriages, void their deeds, or annul their parenting rights for being in jail. Inmates are people and part of the polity and candidates running for office should be required to include them in matters of governance.”

A: “I trust Mariah Parker. The rest, well it depends.”

A: “Labor, Race, Gender. These are the ideologies that hold all our problems in place. We have to fix our bad labor politics with things like a workers center (centering workers rights and securing against exploitation). We have to center sufficient race politics that tell the truth about our history of whiteness, white terrorism, and white supremacy and center the justice claims of black communities to 1)recognize, 2) REDRESS, and then 3) reconcile. Then finally we need a cultural intervention on whiteness, we must fix our very bad gender politics that hold in place unequal race and labor politics. We have to de-center white women as the owners of victim status in a country where we have allowed the oppressor to claim equal status as the slaves they owned. White women need to own their role as oppressors too if we are going to fix our broken culture that continues to exploit black communities in order to build wealth for white communities. I will center robust political and civic education and relationship education that replaces our inherited bad ideas about how to think about people as people. We have to target the white institutions that make white people and culturally intervene on white families, schools, and churches if we want to end the violent exploitation of black communities.”